Telling Your Own Story


"To survive, you must tell stories" (Umberto Eco)

A couple of months ago I was approached by an arts organisation who were looking to work with a group of students who had writing difficulties. They would run a series of workshops with them, helping each student develop ideas for their own play, then have a team of playwrites and scribes turn these ideas into a set of playscripts. Finally, these scripts would be given to a team of actors, and students (and their families) would have the chance to see their own plays performed on stage.

It was aimed at dyslexic students, but I broadened the definition to ensure we had a cohort who would be able to engage with the project and see it through to the end. So with the dyslexic students I also included some who were autistic, and others who had a range of social communication and mental health problems. The theatre company's line was that it was for people whose "imagination was better than their writing", which I liked. All the students I chose were capable of coming up with some interesting ideas for stories, all had significant barriers to getting these ideas down on paper. I thought that the workshops would offer a chance for these students to develop their confidence with writing, help them perhaps to lower slightly the myriad barriers they have in putting pen to paper in class. What they ended up getting was so, so much more. And not in the way that I was expecting either.

Yes, they became a bit more confident with their writing in class. They also became more confident socially, and with their communication more generally. Where the project really made the most impact, I think, was where it changed the way they saw themselves.

These students didn't just have barriers when it came to writing, they had barriers when it came to feeling included. They all knew they were different (these were all students taken from my SEN register), and there exists, I suppose, a culture that suggests that because they all had 'different' voices, they shouldn't make them too loud. Making their voices heard, properly heard, for these students, meant potentially exposing themselves to feelings of shame, humiliation, inadequacy, failure, further ostracisation from the rest of their peers, weary frustration from their teachers. These students come into school with their suits of armour on, their well-worn strategies for protecting themselves from these uncomfortable, frightening, feelings. For some, these were masks of aggression and confrontation. For others, they were cloaks of invisibility. But one thing was clear, they weren't going to take them off without a fight.

"A writer is someone for whom writing is more difficult than it is for other people." Thomas Mann

Out of 14 students I approached, three said no immediately, another three said ok to coming along to the first session, but then later refused. Another couple dropped out even further down the line, their protective suits of armour remaining intact. We were left with six who were able to get to the final stages of the project, and even then it was a job every week to physically get them to their workshops, past the well-trodden routes of giving up. But for those that did make it to the end, things are starting to change.


Firstly, they've had the chance to take on a challenge and see it through to a successful conclusion. This is surprisingly rare. In their schoolwork there is understandably a formative feedback loop that means that anything they hand in will come back with praise for what was done well, but also ideas for improvement and how it could be developed. Any summative work comes back just with a grade, and for the students on my register often not a very high one. So it's hard for me to think of a time when they would have started a piece of work, and seen it through to a complete, successful conclusion which they can be unreservedly proud of.

But more than this, the students had the chance to process a lot of feelings that have clearly been lying dormant for some time. I hadn't anticipated that this might end up becoming a kind of therapeutic intervention for some of them, but it did.

One writer included a very moving scene in which the central protagonist finally gets the chance to confront his abusive father. Another gave a really moving insight into the difficulties he has understanding what is happening in lessons, doing what is expected of him, not finding the help when he needs it. In his play, his character found the moments of stillness, of belonging, that I know craves in reality. Another titled her play 'how to be normal', and led the audience on a journey into what has been going through in her head that I suspect no professional would have achieved in a dozen therapy sessions. Knowing the real life back stories of these children, the traumas they have faced with their families, their teachers, their peers, made it doubly emotional for me and a few others there.

But here they could see themselves, in fiction, as the protagonists they so wanted to be. Empowered, with agency, with resolutions. Heroes in their own story. Playing out the conversations they want to have, in the way they want to have them. This is one thing all plays seemed to have in common. The protagonists had the chance to speaking up to power, wherever they found it thwarting them, be it in their friend, their classmates, even a TV network. We see a father is trying to stop the protagonist from taking the trip he wants. Our hero plucks up the courage to stand up to him. "You've already taken away my future," he says. I know how much the student wants to say this to his father. There is nowhere else where this could happen, and yet here, on this stage, something magic happened, and I watched this conversation taking place. Exactly how he wanted it to. Exactly as he wrote it.

"I can shake off everything as I write; my sorrows disappear, my courage is reborn." Anne Frank

But there's one more thing that struck me. And that was the way that the students themselves, in reality, had the chance to have their ideas, their way of being, their voices, confirmed and validated in the most joyous celebration of difference and neurodiversity. The play-writes and scribes preserved the voices of my students entirely. The actors were incredible, realising their ideas on stage with performances that were powerful, honest, and sensitive. They blew me away. They allowed the students to have their voices heard, loud and clear, as they wanted them to be. And when this happened, it was not met with the silence of busy, overwhelmed or absent parents. Their voices were not met with the ridicule of peers intent on bringing them down. Nor were they met with the frustrated weariness of a teacher whose job it is to train these students to make their work look like it's supposed to look. No, their voices, unusual, flawed, complicated as they were, were raised aloft and celebrated.

That, for me, is inclusion.

Popular posts from this blog 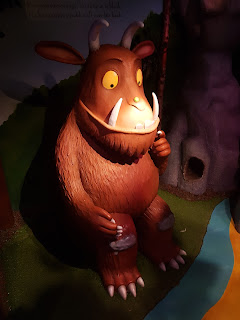 Am I a metaphor? Julia Donaldson stories are like a nice scent that you come across one day in early parenthood, and you think 'that’s nice'. So then someone follows you around spraying the scent in your face and on your clothes and bed and every room of your house and in your car and everywhere you go, every day, five times a day for the next four years until you can’t smell anything else. We love Julia Donaldson, of course. Don't get me wrong. But as my eldest child is moving on (to the brilliant Roald Dahl), and my youngest is just starting to ride the JD wave, I thought I’d take this opportunity to rank and review, from worst to best, 13 of her stories that have occupied so much of our lives in recent years. 13. The Smartest Giant in Town Putting aside the long-winded and tedious narrative, there are deeper issues with the story that earn this last place on my list. This is a normal town, seemingly populated by giants. But the relationship between the giants and the reg
Read more 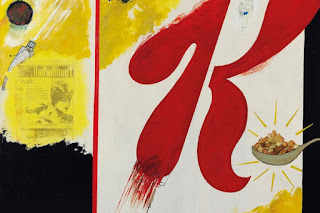 I hate my job title. If it’s not offensive already then it surely soon will be. In fact I’ll wager good money that the term will have become obsolete by the time I retire. I am a Special Educational Needs Co-ordinator. ‘Special’ here refers to the needs that some students have in the classroom. The ones who are on the SEN register. The needs of all the other students are, by this definition, not  special. Presumably their needs are... what? Ordinary? They must be, because they are not on the register of children whose needs are special. Teachers can educate all those other students in a regular humdrum fashion. They reserve their special teaching for my students. It’s a horrible term. It manages to be both patronising, offensive, but also antithetical to the goal of meaningful inclusion that we are trying to achieve. To define someone by their ‘special’ needs is the quickest way to other them. To establish that they are in a category removed from the commonplace. To define their need
Read more 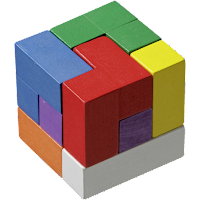 Bribing children is so tempting. What they want, especially when they're young, is sometimes so cheap, so easy to acquire, that the temptation to offer them… stuff, in exchange for them doing the thing you want them to do, is just too great. And it’s as tempting for teachers as it is for parents, which is why it's become as common a practice in schools as it is in homes. That, and the fact that most people are unaware of the long-term costs. My four year old, like most kids, loves stories. Always has. So when we were given log-in details for Pearson’s online reading programme - ‘Bug Club’ - he loved reading the stories on there too. I didn't tell him about the 'coins' that I could see him accumulating, I wanted his intrinsic enjoyment of the reading to go on for as long as possible. It came to an end last week when he was playing in the ‘rewards’ section of the site, and realised that to ‘buy’ more virtual stickers for his ‘sticker book’ he would have to read more s
Read more

Adam Harris
I've been a secondary teacher for 12 years, a SENCo for 8 years, and a father for the last 4. I like to write about SEND, government policy, selective schools and inclusive education generally. My goal here is to try and unite the theory and the policy with the reality of daily life for the young people I work with. And, in turn, to find pathways towards a more meaningful, sustainable inclusion as we move into an uncertain future.